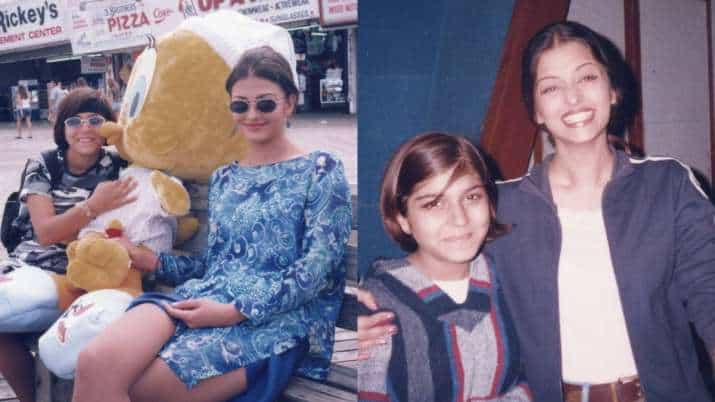 Aishwarya Rai Bachchan looks lovely in a blue gown and sunglasses in the first shot, while the actress can be seen smiling heartily in the last snap.

Saroj Khan choreographed Aishwarya Rai Bachchan’s dance moves for songs like Barso Re (Guru), Nimbooda (Hum Dil De Chuke Sanam), Ramta Jogi (Taal), and Dola Re Dola (Devdas), for which she got a National Award for Best Choreography. Madhuri Dixit also appeared in Dola Re Dola. In July of last year, Saroj Khan died of a heart attack. She was 71 years old at the time.

Aishwarya Rai Bachchan’s most recent film appearance was in Fanney Khan, a 2018 musical film co-starring Anil Kapoor and Rajkummar Rao. Ponniyin Selvan, directed by Mani Ratnam, is her next project. Aishwarya Rai Bachchan is also set to star in Anurag Kashyap’s Gulab Jamun. In the film, she will appear with her husband, Abhishek Bachchan.