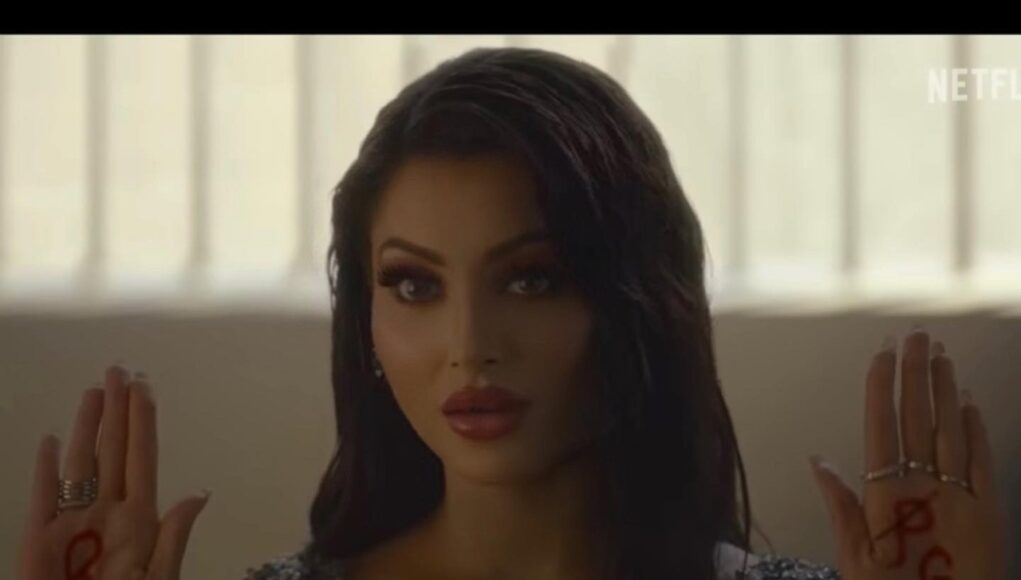 The youngest Bollywood celebrity and highest-paid actor, Urvashi Rautela, is gaining recognition on a global scale. The actress is growing in fame every day as a result of her grit and dedication. Urvashi typically steals the stage because of her enticing appearance and charisma. The actress has gained popularity among the general public as a result of her tenacious efforts and dedication to performing not only in India but also worldwide.

Netflix has been going all out with its crossovers. The latest is a video that has both Urvashi Rautela and Ryan Gosling together. Do you know, the actress was paid a whopping amount of 15 crore for the Netflix project. No doubt Urvashi is one of the most hardworking person in the industry that is the reason she is being always appritiated and loved by the audience for her persona and work not only in india but on the global level. The video shared by Netflix, in which Urvashi is seen removing the initials RP and replacing it with RG (to mean Ryan Gosling) as she tells the Hollywood star that they are made for each other. Check out the video now.

On the work front, Urvashi has signed a deal with Pushpa 2 producer to co-star with Chiranjivi, a South Indian icon in the action comedy “Waltair Veeerayya,”. Alongside actor Ram Pothineni, she will be seen in the film. Urvashi will play Randeep Hooda’s co-star in “Inspector Avinash.” She’s also making a big Hollywood debut, with Michele Morrone, who stars in 365 Days. Tomasz Mandes, Barbara Bialowas, and Netflix will produce the movie. In addition to the Hindi adaptation of the hit movie “Thiruttu Payale 2,” the actress will also star in William Shakespeare’s bilingual thriller “Black Rose,” which is based on The Merchant of Venice. In her upcoming global music single, Urvashi will also collaborate with Jason Derulo.