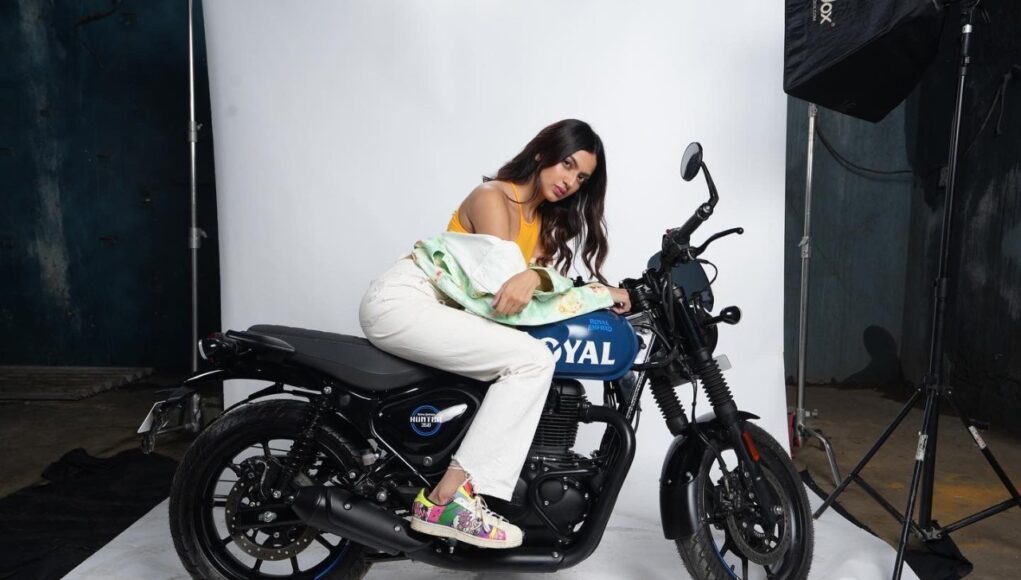 One of the most stunning beauties in tinsel town is Kashika Kapoor. With her outstanding performances in series and music videos, Kashika has been seizing the limelight. Kashika Kapoor has once again stolen our hearts with her incredible work with the freshly released series The Vibe Hunter.

Kashika Kapoor portrays Tanya, the series’ main character. The 20-year-old actress, who portrays a very innocent and innocently fun character while simultaneously portraying a cool, sass girl role with a full-on attitude, makes her acting debut in this series. The MX Player’s YouTube channel and Voot have both received the series’ official releases. Vikram Rai is directing the show. Together, Voot Studio and Royal Enfield are starting a creative journey. an interactive three-part web series.

The director, Vikram Rai on appreciating the phenomenal performance given by Tanya aka Kashika Kapoor remarks, “You’re a director’s actor and you’ve really followed everything I asked you to very well. Additionally, you’re a one-take sort of actress. People learn this maturity later in the acting field, but you’ve made your debut with a one-take maturity and with the brilliant, commendable maturity in your acting.” We can only conclude that this stunning beauty has the crowd enamored and drooling over her seductive charm and hotness. As a result of her commitment to acting and hard work, she has surely created a lot of chances for herself. She is currently inundated with offers, and we are eagerly awaiting what the actress has in store for us next.

Kashika Kapoor on portraying tanya’s character says, “Tanya is among the best characters I’ve ever played, and acting in this role has been one of my favorite experiences. There are many duties that come with being a new actor. Playing the protagonist is not always easy because it puts you in the spotlight, demands your best effort, and necessitates that you establish a deep emotional bond with the audience. I genuinely think I gave it my all, and I’m glad people appreciate my character. For all of my followers, I am also working on a tonne of projects that I can’t wait to reveal.”

On the work front, Kashika was featured in a music video, “Tu Laut Aa” alingside Pratiek Sehjpal. She has also been featured in music video like Neendra, Sachcha Wala Pyaar With Zee Music. Kashika has also won hearts in music videos like O mere Dil Ke Chain and Hissab which was by Zee Music and Sa Re Ga Ma and also a music single by Sohum Rockstar Entertainment and Balaji, O Rano, Aaj Bura Na Mano and recently seen in a music video for Dil Pe Zakhm which starred Gurmeet Chaudhary and Arjun Bijlani. Kashika is even the face of FREEFIRE as MOCO- done by Rohit Shetty team. She has two music videos that are going to be released in the coming week, and apart from that, the actress has movies and a series in the pipeline which will be announced soon.