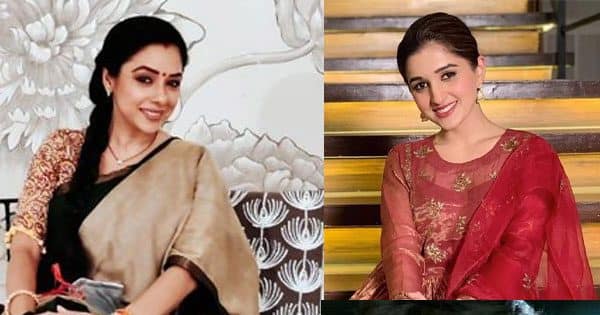 The creators of Anupamaa are doing everything they can to improve the material in this episode and keep viewers interested in their program. In the upcoming days, Anupamaa episodes will include high-stakes drama. During the naming ceremonies in the previous episode, Anupamaa learns about her son Toshu’s adulterous affair. She brings Toshu in and has a similar conversation with him. She inquires about the weird female he is pursuing. As he hears Anupamaa’s inquiries, Toshu begins to stutter. He admits to Anupamaa that although he knows a female, he does not love her. Toshu even claimed that he and the girl had no emotional connection. Toshu makes Anupamaa angry, and she cries aloud. Rakhi isn’t talking about the situation, Toshu tells Anupama, so she shouldn’t either.

However, after hearing Toshu’s statements and feeling disgusted with herself, Anupamaa breaks down in tears. She claims that she is embarrassed to hear Toshu’s ideas and had no idea he would ever harm his wife in this way. She even accuses Toshu of mistreating her mother and that he has started mistreating her as well. Toshu asserts that he is a man with his own wants and does not give a damn what Anupamaa says to him. He even makes a commitment to not abandon Kinjal for that female.

Anupamaa asks him what he would have done if Kinjal had treated him in the same way. Toshu claims he would have either murdered Kinjal or committed suicide. Rakhi instructs Anupamaa as she exits the room to keep things from Kinjal. Anupamaa declines to comply. Rakhi asserts that she would not permit Anupamaa to damage the lives of her daughter Kinjal.