WhizBliz
Home TellyNews After Sai’s departure, Pakhi becomes the “MALKIN” of the Chavan household and... 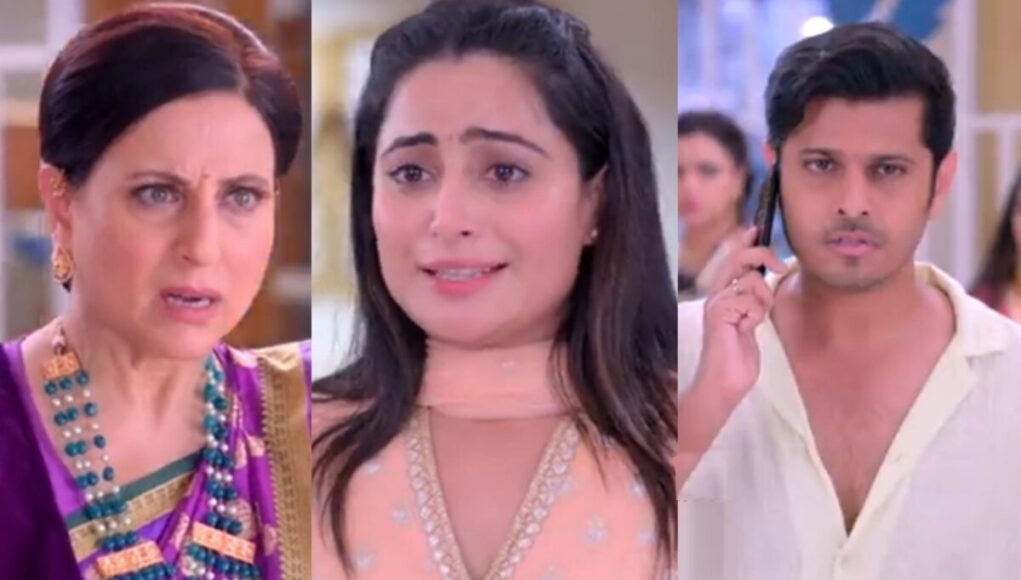 Virat saved Savi from thugs who came to kidnap her in the current Ghum Hai Kisikey PyaarMein storyline starring Ayesha Singh and Neil Bhatt. Virat engages in combat with thugs and phones the police to have the thugs taken into custody. Savi confronts the thugs and demands to know why they tried to abduct her, and Virat finds it amusing to witness her boldness. When Virat finds out that her name is Savi, a flashback of the conversation he had with Sai during which they chose to give their daughter the name Savi appears.

Savi, in contrast, finds Vinayak’s father to be cool and aspires to have a father like him. Virat then drives Savi to her house and asks her about her family while en route. Savi explains that she adores her mother, who works as a teacher and a doctor. Savi replies that she is unaware of her father when he questions her about him later.

Later, Savi realizes that she hasn’t finished her tiffin. Virat sees Modak as Savi opens her tiffin box and has a memory to Sai serving him fried Modak. Virat recalls Sai eating the modak that Savi gave him.

Virat then immediately follows Savi as she runs for her home. Sai is reprimanding her when Savi comes inside. When Virat notices Sai from behind, he receives a call and immediately departs without speaking to Sai’s mother. Savi tells Sai that she was almost abducted by thugs but was saved by a police relative. Sai believes she is making up stories about the police, but Savi advises her to ask Vinayak instead because the police uncle is his father. Sai immediately phones the camp’s director to find out about the thugs that attacked Savi.