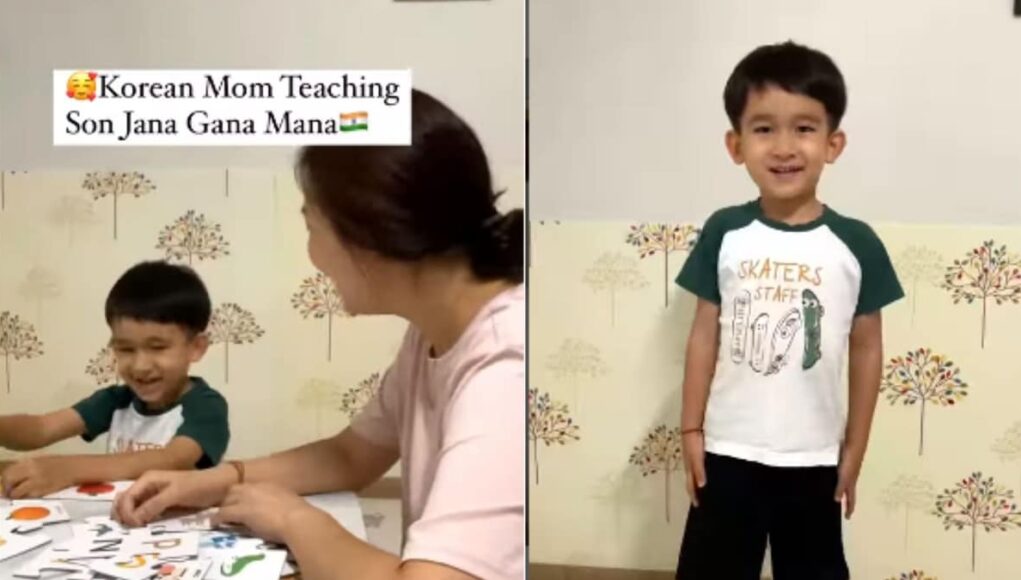 A Korean mom and her kid are featured in a video that has gone popular on social media. She may be seen instructing her kid in singing Jana Gana Mana, the national hymn of India.

The Indian national anthem Jana Gana Mana is being taught to a Korean mother’s kid in a video that is becoming popular on social media. Adi is growing up learning about both cultures thanks to his parents Kim and her husband, who are both from Korea. The video was published on Pam Kim Forever’s Instagram account. On the occasion of Independence Day, it was distributed. Over 5 lakh people have seen the video.

Kim is seen teaching her kid the national anthem, Jana Gana Mana, in the now-viral video. Her son follows suit. It’s amazing how well she knows the whole national anthem by heart.

This trending video is taking over the internet. Comments like “proud of you” and “cute” are frequently used.

Kim was born in Korea, and after a video of her preparing onion and potato fritters went viral, she quickly rose to fame.

What are your thoughts on this video? Comment below with your answer and let us know.