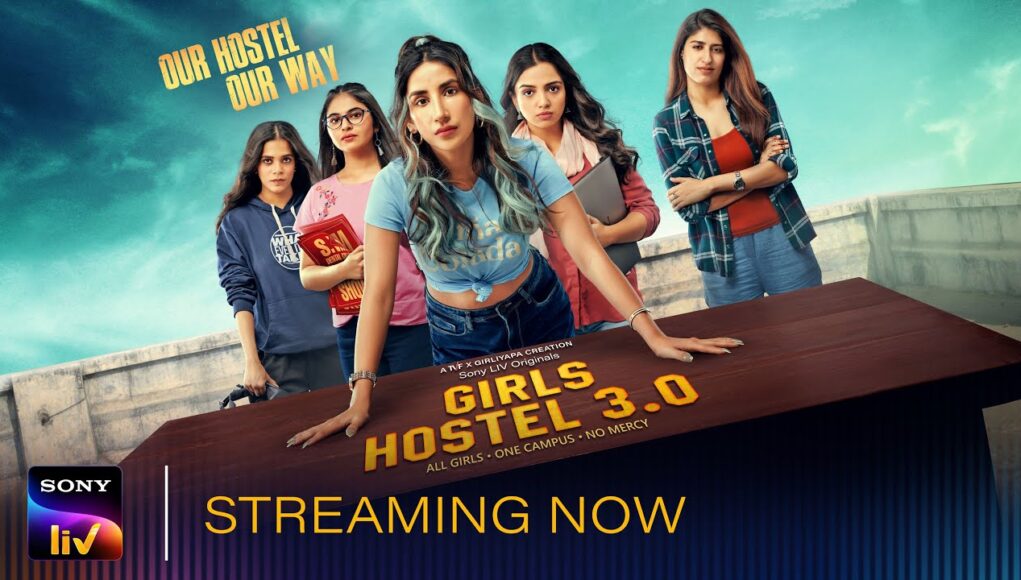 Starring Ahsaas Channa, Srishti Shrivastava, Parul Gulati, Simran Natekar Akash Thappa and others, the show is streaming on SonyLiv from November 25th. The show is produced by Arunabh Kumar of the Viral Fever.

The show made its debut in 2018, and the second season was aired in February 2021. TVF wanted to produce a show on the life of girls in a hostel that every girl can relate to. The show was well liked, so after two successful seasons, the ‘Girliyapa’ original show ‘Girls Hostel’ is back with more twists, struggles and drama.

Girls Hostel 3 explores the lives of SVM Medical College, exploring the consequences of winning the presidential elections. The series starts with Zahira, Richa, Jo and Mili having an argument with their old-schooled dean Sarla Desai after winning the student election.

The five-part series shows Zahira fighting for the basic amenities in the hostel such as water conservation, lower hostel fees, transparency of funds and mental health campaigns. To deal with the water and electricity shortages, they organize a ‘Talent Show’. But the focus quickly shifts from highlighting the struggles of students living in a small, cramped place with lack of basic amenities to the talent show and the girl’s inner conflicts.

One thing that amazes me is the student’s hardly talk of study pressure even though it’s a medical college.

The characters have delivered a praiseworthy performance, yet the script needed more attention. The show like its prequels, is binge-worthy and touches situations that are relatable and relevant in today’s competitive world.