WhizBliz
Home Bollywood Have u seen Runway 34 yet??? You cannot miss it!! 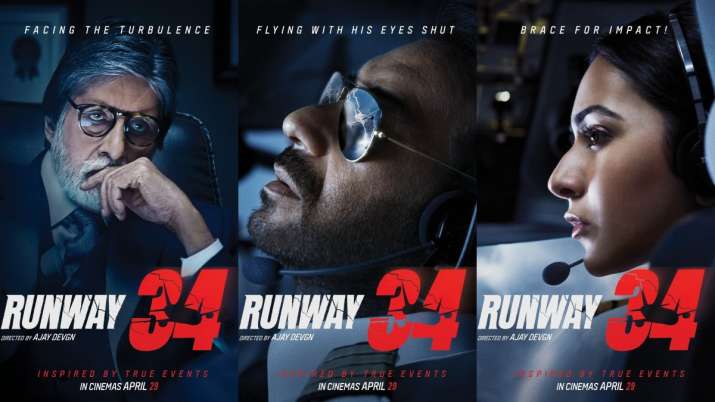 Runway 34 is a 2022 Indian, Hindi language thriller film directed by Ajay Devgn and produced by him as well under the banner of Ajay Devgn FFilms. The movie is inspired by an array of events that took place on a Jet Airways Flight from Doha to Kochi. The movie stars Ajay Devgn, Amitabh Bachchan and Rakul Preet Singh with Boman Irani, Angira Dhar and Aakanksha Singh playing lead roles.

The movie is gathering multiple accolades since its release. The actor who has donned the director’ s hat has taken everyone by surprise with his vision and finesse.

The film which was released on April 29 in theatres and recently on Amazon Prime Video, has created a massive stir all over. Critics and fans are talking non-stop about the thrilling cockpit scenes and the intense courtroom drama in the second half.

There is a surge of compliments flowing in for Ajay Devgn. He is elated with the response and writes, “When I set out to make an inspired by true events aviation thriller, I knew the road ahead would be hard. For Indian cinema it was a path less travelled. As a maker, I wanted a challenge. I’ve always wanted to make films that don’t follow a ‘typical’ trajectory. Giving the audience something new and novel is a goal. Now the kind of appreciation Runway 34 is getting on OTT is gratifying. I am grateful for the praise, and I thank everyone who has been with me on Runway 34. And I thank everyone who has watched it.”

He has announced his fourth directorial venture Bholaa and will also be seen in Maidaan, Thank God and Drishyam 2.