WhizBliz
Home Viral Here’s How A Mother Snuck Healthy Food Into Her Toddler in This... 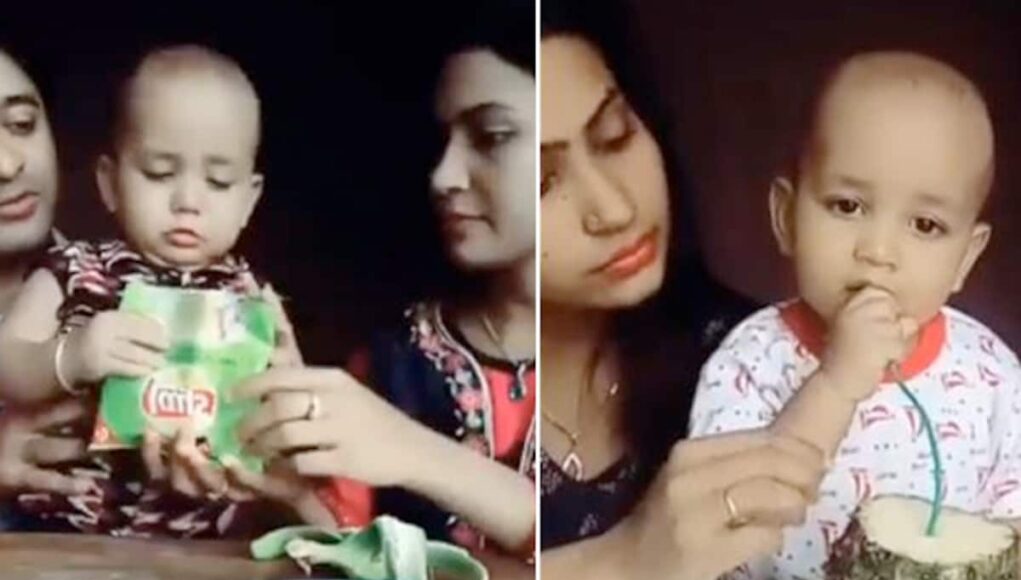 A funny movie demonstrated how a woman fed her child nutritious meals. She dominated the internet with her cunning techniques. Chips, burgers, pizza, and momos are among items that youngsters will eat in large quantities. Can the same degree of passion be found for wholesome fruits and vegetables? It may be difficult to feed young children nutritious meals, as any new parent will attest. Parents utilise a variety of creative strategies to pass off fresh fruits and veggies as delectable treats. If you identify with this battle, this is the perfect video for you. A mother recently explained how she playfully misrepresented healthy food as junk food and deceived her kid into eating it in a viral video.

Originally, the popular account @Serina 0095 posted the video. It quickly became popular across all social media channels, receiving tens of thousands of views on sites like Twitter and YouTube. The infant was duped into eating a variety of fruits, including milk and bananas, in the entertaining footage. The presentation showcased the mom Serina’s intelligent strategy. Serina, for instance, made a banana seem like ice cream by inserting a popsicle stick inside of it. Similar to this, she placed banana slices in an empty bag of chips to get her youngster to consume them. Last but not least, she wrapped a toffee in a tomato slice and let the kid gleefully eat it!

Twitter users responded to the humorous video in a number of ways. Many referred to her as “mother of the year” and wished she had received the “Oscar Award” for her achievements. Many wanted to follow in her footsteps and use comparable feeding techniques with their own kids.