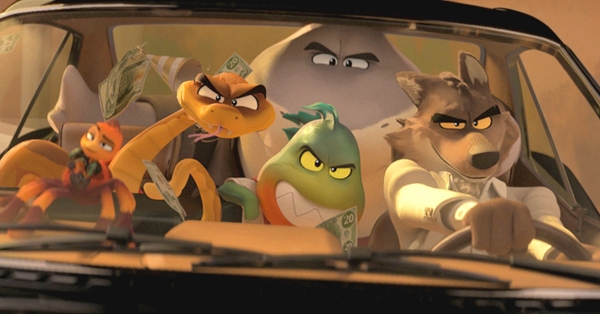 DreamWorks Animation’s ‘The Bad Guys’ outperformed the competition on an exceptionally busy weekend at the movies, with an expensive Viking epic and Nicolas Cage portraying himself, signalling a steady recovery for family moviegoing following a lull during the epidemic.

The apparent health of family moviegoing is especially good news for Hollywood as it enters its lucrative summer season, when films like Universal’s own ‘Minions: Rise of Gru’ and Walt Disney Co.’s ‘Lightyear,’ the first Pixar feature in two years, expect to return to pre-pandemic levels.

“There’s cause to be more than cautiously hopeful,” Jim Orr, Universal’s head of distribution, said.

“I believe that crowds will flock to cinemas this summer.”

While studios have been wary about scheduling many films against each other during the epidemic, this weekend witnessed a rare occurrence: three new wide releases, all of which were well-received and none of which were sequels or remakes.

‘The Bad Guys,’ based on Aaron Blabey’s children’s graphic novel series about a gang of dishonest animals, received positive reviews from reviewers (85 percent fresh on Rotten Tomatoes) and moviegoers (an “A” CinemaScore). ‘The Bad Guys,’ with little family competition until the debut of ‘Lightyear,’ in mid-June, should do well for weeks. The animated picture has now made $63.1 million worldwide since its initial release.

“We wanted to work with Robert Eggers first and foremost,” said Lisa Bunnell, the head of distribution for Focus, which handled foreign distribution for Eggers’ first two films. “The important thing is that we were able to do a picture that we wanted to make with a director who we believe is a part of the future of American filmmaking.” He has a unique tone to his voice. He’s not simply going in and saying, ‘Let’s create a sequel,’ he’s making a picture with original IP.”