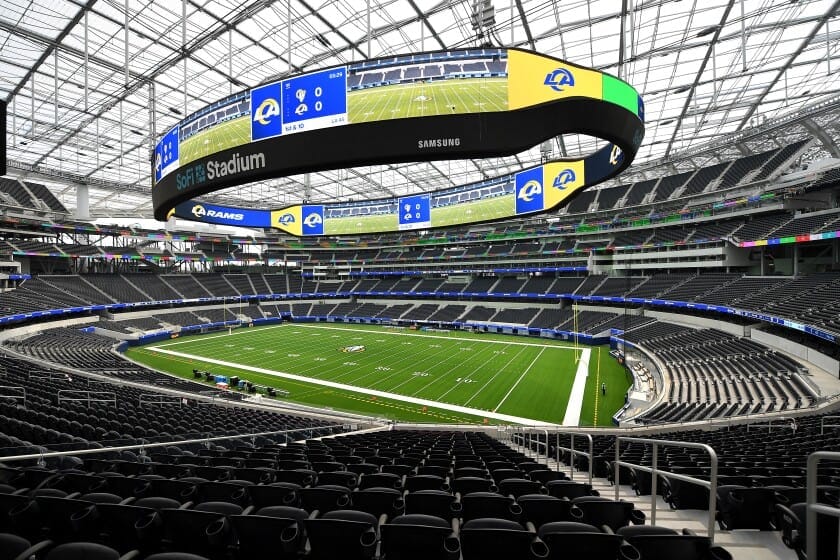 As football fans and concertgoers know, SoFi Stadium in Inglewood is a tremendous popularity, not only because of its beautiful design, which, by the way, looks amazing on TV, but also because of the fan experience it provides. However, the Hollywood Park state-of-the-art commercial office park, created by Los Angeles Rams owner/chairman E. Stanley Kroenke, is located just opposite to SoFi.

The National Football League is the first occupant. The NFL Network, NFL.com, NFL RedZone, and the NFL app, as well as other units supporting the league’s media and business operations, moved from Culver City to their new premises in September.

Within Hollywood Park, the NFL is the anchor tenant for what will eventually grow to be a roughly 5 million square foot office area. According to a corporate spokeswoman, a total of 165,000 square feet, including floors five through seven, remains available within the NFL Building, and interest has come from the media, technology, entertainment, and gaming companies.

Indeed, the property is near to both Silicon Beach and Los Angeles International Airport. Potential tenants have been pulled in by the building’s dark fibre network, as well as the indoor and outdoor areas, proximity to housing, retail, and dining, and the opportunity to grow, according to the representative.

The complex will also contain houses and a 500,000-square-foot retail space, as well as 25 acres of public parkland.

According to Jason Gannon, managing director of SoFi Stadium and Hollywood Park, “Folding the NFL into the fabric of Hollywood Park’s burgeoning community has always been a part of Stan Kroenke’s vision for this project.” “With this exciting addition, Hollywood Park will solidify its status as the world’s newest sports and entertainment destination.” We are thrilled to welcome staff to the NFL Building, a premier office location that is also a stunning architectural icon.”

In 2022, when the Super Bowl arrives to Los Angeles on Feb. 13 with all of its media coverage, activities, and fan experiences, global audiences will be able to view SoFi and the Hollywood Park campus on television.