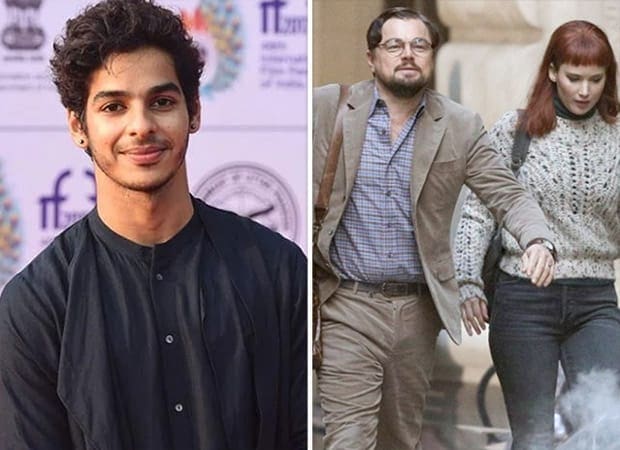 Ishaan Khatter, who plays a cameo in the Netflix film Don’t Look Up, has revealed a small clip from the film. On December 24, the film was distributed on the OTT platform. “Finally got time to kick back and enjoy Christmas Eve with the movie I’ve looked forward to most this year,” Ishaan said on Instagram on Friday, sharing a clip from the film. Whoa. Just a moment. Who’s that? It’s really fantastic to perform this cameo and be in the same montage as Meryl Streep, the GOAT, and brilliance Leo.”

“They think they’re superior than us,” Meryl Steep says at the outset of the video. “They want to deprive you of your freedom and that’s a reality,” a guy says in another video. There are multiple videos of people cheering “Don’t Look Up” after that. Then, in a video, Ishaan, who portrays a vlogger, says, “US President Orlean has not included India or any other country in the globe to be a part of this mission.” “Just look up for f—- sake,” he says, his face annoyed.

Many people applauded him for his appearance in the Hollywood multi-starrer after seeing the video. “Congratulations, Ishaan,” one person wrote. I saw the movie last night, and your entrance caught us off guard. I want to see you in more movies.” “Just wonderful,” one person wrote, while another said.

Don’t Look Up is a parody directed by Adam McKay about two astronomers (Leonardo DiCaprio and Jennifer Lawrence) who discover that a comet is approaching the planet Earth and has the potential to wipe out life. The indifferent government and the media, on the other hand, respond with radio silence. Meryl Streep, Jonah Hill, Rob Morgan, Mark Rylance, Timothée Chalamet, and others feature in Don’t Look Up. Himesh Patel, an actor of Indian descent, also appears in the film.