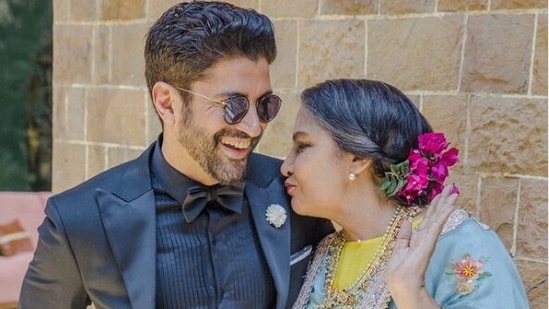 Lucky Ali celebrated his 64th birthday. He has had a unique career in the music business. In contrast to most other singers and composers, he has only had a minor role in cinema music. Lucky startled everyone by leaving the music business at the height of his career years ago. In this nation, cinematic music predominates the scene, and pop music is generally seen as the second act.

Lucky Ali made his entrance into the Indian music industry rather late. He is the son of the renowned actor-director Mehmood. When his debut album Sunoh was published in 1996, he was already 37 years old. His debut in Bollywood came with two popular songs from the 2000 film Kaho Na… Pyaar Hai. He even dabbled in acting, appearing in movies like Kaante and Sur. After Tamasha, Lucky withdrew from Bollywood despite having performed in various films over the subsequent decade with famous songs (2015).

When asked why he left Bollywood in a 2017 interview with Pollywood Box Office, the singer-actor responded, “Is jagah mein badtameezi bahut hai. (There is a lot of contempt at this place.) Bollywood is now different. The current crop of films lacks originality, and in my opinion, there is nothing to be learned from them.

The musician went on to say that he quit the business because he did not like the types of movies that were being produced these days. “The films produced by this generation have a negative influence on society. As a result of being motivated by what is shown in the movies, people are becoming more aggressive. I think movies are encouraging greater greed and less patience,” he remarked.

With the release of the song Intezaar, which he co-created with composer Mikey McClearey earlier this year, Lucky Ali made a comeback to the world of popular music. Additionally, he recently appeared in the last year’s Murder at Teesri Manzil 302 movie. Nevertheless, the movie had been filmed in 2008–2009 and has been locked in limbo ever since. Lucky now resides in Goa and continues to produce music.