WhizBliz
Home TellyNews Mayur Lad: “Bala’s character is a shade of grey. He has a... 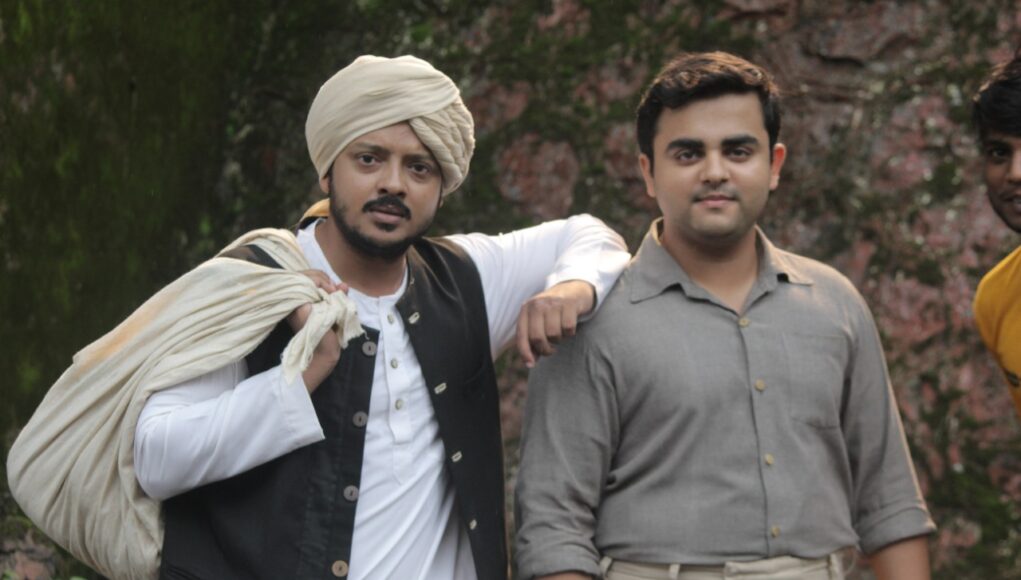 Actor Mayur Lad, who essays Bala in &TV’s popular show Ek Mahanayak – Dr B.R. Ambedkar, has come a long way in his acting career and is thoroughly enjoying this phase of his life. Mayur, who has been a part of films and television, talks about his journey in the entertainment industry and how his current show became a watershed moment in his career.

1. How did you bag the role of Bala in Ek Mahanayak – Dr B.R. Ambedkar?
Jagannath Nivangune Ji, who plays Bhimrao’s father, Ramji, in the show, introduced me to the makers of Ek Mahanayak – Dr B.R. Ambedkar. I have known him for many years, and we have worked on several assignments together. I am grateful to him to have guided me to this wonderful opportunity. One night, he told me that the makers were looking for an actor to essay Bala’s character and that I must audition. Immediately, I sent my audition video, and the next day I received a call from the production team. Rest, as they say, is history. Bala’s character is quite popular with the audience. So, I can say I ended up being at the right place at the right time with the right opportunity. It has been quite a learning experience.

2. Tell us about Bala’s character.
I essay Bala Ram, the elder brother of Dr BR Ambedkar. Bala’s character is a shade of grey. He has a kind heart, but his ways and means are wrong. Playing that layered character is a challenge I love to face daily. I had to do a lot of homework to prepare for the role. One had to study the character in depth and its personality traits and journey in the show. That helped me a lot to understand his character’s nuances and work accordingly.

4. Apart from Atharva, who are you closest to on the sets?
Everyone on the set is like family to me. Be it our director, all my co-actors and the entire crew. Even though I am one of the last entrants in the show, the warmth and support have been very encouraging. As I mentioned before, I have known Jagannath Nivangune Ji for over a decade, and he has always supported me greatly. He has been a friend, mentor and guide. His advice and suggestions have greatly helped me, and I look up to him.

5. How did your acting journey start?
Acting has always fascinated me. I used to actively participate in school plays. However, coming from a middle-class family with no connections in the entertainment industry, I had never imagined getting a breakthrough. It was always a dream to see myself on screen someday. I came from a humble background and used to sell firecrackers during my college days. After graduation, I began selling SIM cards door-to-door in the suburbs. I was planning to do human resources management. I applied for an MBA alongside working as a bartender in 5 star property for a year. But that also fell through as my grandfather’s health deteriorated. I was very close to him, and I remember him telling me one day in the hospital, “Why don’t you pursue your dream? You are a fantastic actor, and acting is your calling.” His words inspired me to give acting a shot, and I began auditioning. I eventually landed with a reality show. And that is how it all began. And now, when I look back, I am glad I took a leap of faith.

6. Was it easy to get a foothold in the entertainment industry?
Not at all. I had to undergo several auditions to get a breakthrough. After my first break in a reality show, a window of opportunities opened for me in various Hindi and Marathi serials, cinemas, and ad films. And then there was no looking back. Everything fell into place. However, I had a setback soon enough. In 2003, my mom passed away, and I took over most of the family responsibilities. It required a stable source of income to sustain myself and my family. So, I started pursuing a full-time corporate job. But as luck would have it, I started getting offers in top-rated Marathi shows, and then there was no looking back. It has been ten years since I began acting, and I have come a long way. It has been a rollercoaster ride. Thankfully I never had a dearth of work and got opportunities to prove my mettle. One aspect that always worked in my favour was the attitude that no role is big or small or waiting for a big break. Just keep doing your work with all honesty and faith, and the right opportunity will knock on your door when the time is right. What matters most is your dedication, hard work, and commitment. Recognition follows.

7. What was your family’s reaction to your decision to become an actor?
It is extremely difficult for a middle-class boy to choose between a stable income and pursuing his passion. But I don’t regret any of it. It was a difficult choice, but I am glad I took it. Initially, my family was concerned about the instability as I had a lot riding on me regarding financial responsibilities. I have a typical Maharashtrian joint family who wanted me to take a full-time job with a steady income. But destiny had other plans, and I am glad I met some wonderful and supportive people who helped and guided me to make it in this industry.

Watch Mayur Lad as Bala in Ek Mahanayak- Dr B.R. Ambedkar at 8:30 pm, airing every Monday to Friday only on &TV!