WhizBliz
Home Viral Monkeys are seen scrolling through feeds in a viral video that depicts... 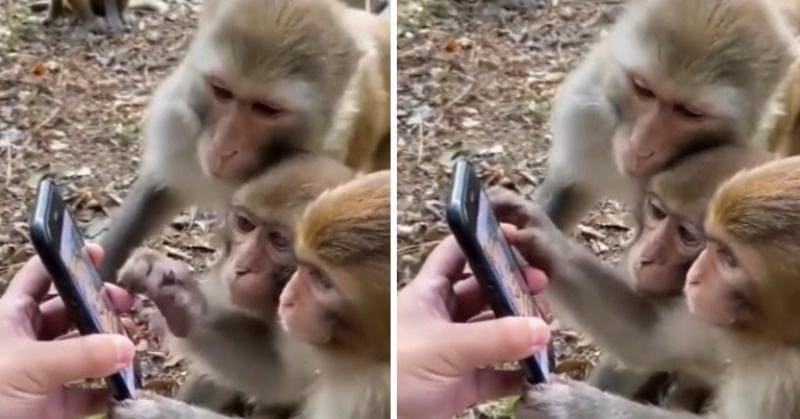 Social media has evolved over the last ten years or so from a fun bonus to a completely integrated component of practically every facet of daily life for many. Use different social networking platforms for everyone, from kids to adults, to keep involved. Animals don’t seem to be any different, though. We underestimate how intelligent monkeys are.

A video of monkeys utilizing social media and even navigating over a page is going viral.

A guy is seen holding the phone in the now-viral video as two animals seem to be pretty absorbed in it. A third person joins in to catch a glimpse of the screen since they don’t want to be left out. One of the monkeys was holding the phone and going through a social media account while the others were staring at the screen. While this is going on, a younger monkey is pushing the older monkey away from the device in an effort to catch its attention.

The film, which initially gained popularity last year, has reappeared after being tweeted about.

The title for the video is “Craze of social media.”

More than 1.6 lakh people have seen and liked the video. Additionally, it has received a ton of responses.