WhizBliz
Home Viral Netizens are impressed by a video of a mantis “dancing” to cheer... 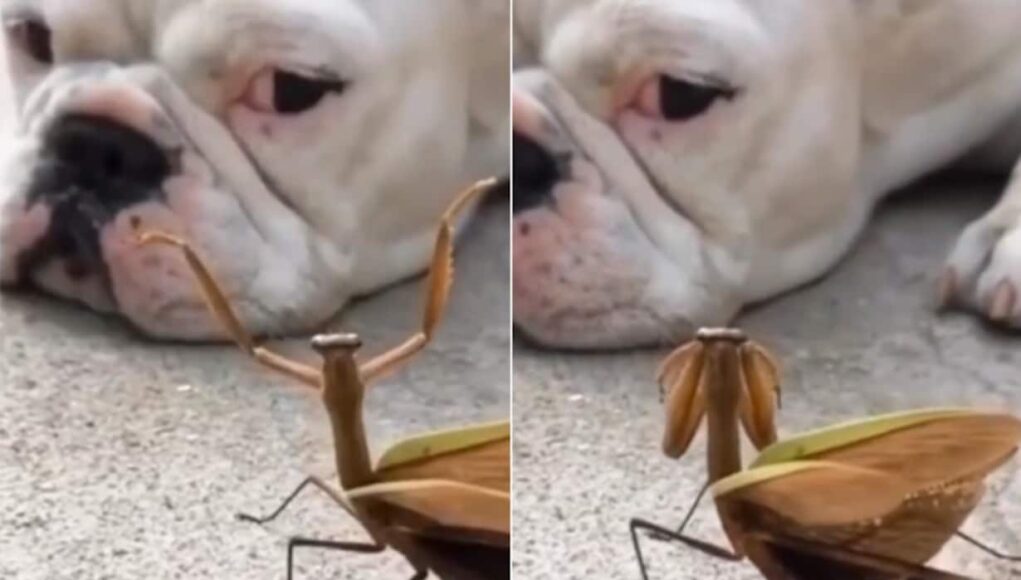 The internet community was fascinated by the viral video of a mantis “dancing” to cheer up a dog that was uploaded on Twitter.

We frequently come across humorous videos while going through our social media accounts that make us grin and improve our spirits. Like in this video of an insect’s adorable actions to cheer up a dog. You could also remember some fantastic dancing movements when you watch it.

After being shared by a Twitter user going by the name of Buitengebieden, the video quickly became popular online. The video’s Twitter description stated, “Dog is not impressed.” The mantis dances in front of the dog in the video while it lies on the floor, trying to cheer it up. Although the bug was unable to cheer up the dog, it undoubtedly made you smile broadly.

The video has accumulated more than 3.8 million views, tens of thousands of likes, and several comments since being uploaded on September 17.

On Twitter, someone shared a video with the comment, “Maybe this one wowed him.” Another user commented, “Coolest bug ever.” “I must say, I’m amazed. Very little, I’m sure, would dazzle that dog! “remarked the third. A fourth chuckled, “Now I know where the dancing moves of today came from.”