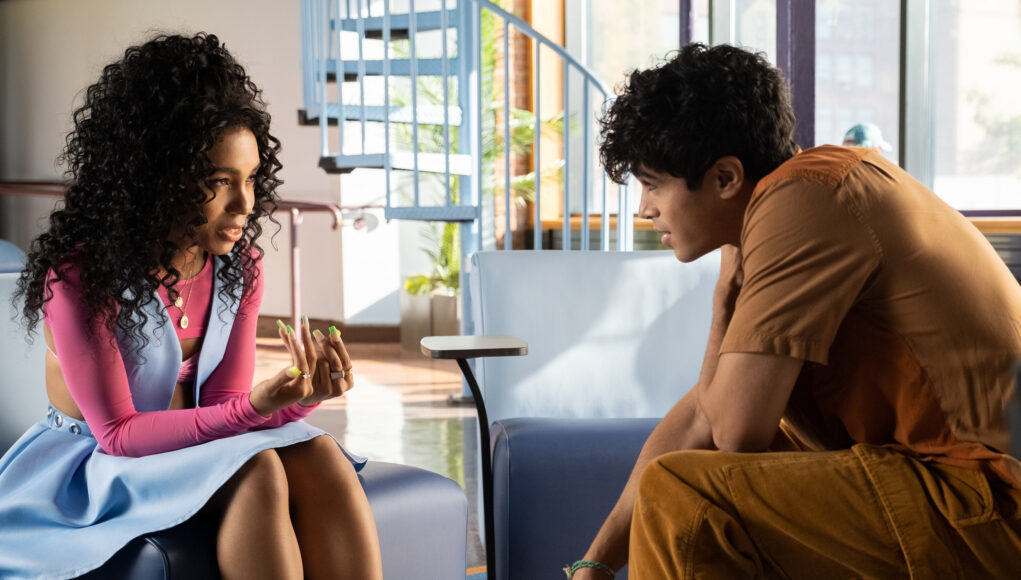 The lead character of Billy Porter’s lovely and fiery film Anything’s Possible, Kelsa, doesn’t want to be called courageous. Growing up in Pittsburgh as a Black trans girl, she had heard the epithet far too frequently.

This charming and confident high school senior, portrayed by the alluring Eva Reign, is in fact more than meets the eye. She enjoys dressing up, and her wardrobe is bursting with bejewelled accessories, miniskirts, quirky shoes, and vibrant shirts (thanks to Pose alum Analucia McGorty’s costume designs). She maintains a YouTube blog where she talks about her transition, her upbringing in Pittsburgh, and waxes lyrical about friendship, school, and her mother.

But Kelsa’s greatest love is for animals. The teen introduces the movie by describing her love of critters whose names correspond to their distinctive characteristics. She particularly like the Blue-footed Booby, Blobfish, Pink Fairy Armadillo, and Scaptia beyonceae (also known as the Beyonce Fly): She exclaims to the camera, “What makes them special is also what keeps them alive.”

Survival is simply one aspect of the equation for Kelsa. Anything’s Possible details her efforts to have a successful senior year in high school. In particular for trans youth, whose lives are rarely depicted as case studies in joy, the movie is a lively and innovative work that expands on what screen romance looks like.

Like every single school year, Kelsa’s pals Chris (Kelly Lamor Wilson) and Em (Courtnee Carter) drop by her house for a last-minute costume change, and her mother (a great Renée Elise Goldsberry) frets and hovers. Kelsa is composed in the midst of this chaotic clamour. She’s more worried about getting into a school in New York or California, where she may study to become a nature cinematographer and enjoy the freedom of anonymity, because college application deadlines are quickly approaching. Who can predict what she will discover about herself and the sort of person she will become?

Kelsa is completely unconcerned with love and its worries. That is, until she is paired up with Khal (Abubakr Ali), a shy lad, on the first day of painting class. Their polar opposite characteristics make them the ideal couple, as the rules of romantic comedy state. Khal is modest and reserved, in contrast to Kelsa’s humour and optimism. The dependable script by Ximena Garca Lecuona deftly depicts the courtship of the couple, depicting their romance as the meeting of two clumsy souls.

Their romance stirs up rumours at school and gives rise to an ominous, unusual coalition that wants to separate them. With so much material covered in under one and a half hours, certain narrative turns aren’t given enough time to develop. We race from one dramatic conclusion to another in the movie, giving it a frantic feel. In essence, this insight is less of a criticism than it is an invitation: we need more trans love tales, not less, to fill the narrative void that has primarily existed in both large- and small-screen works.