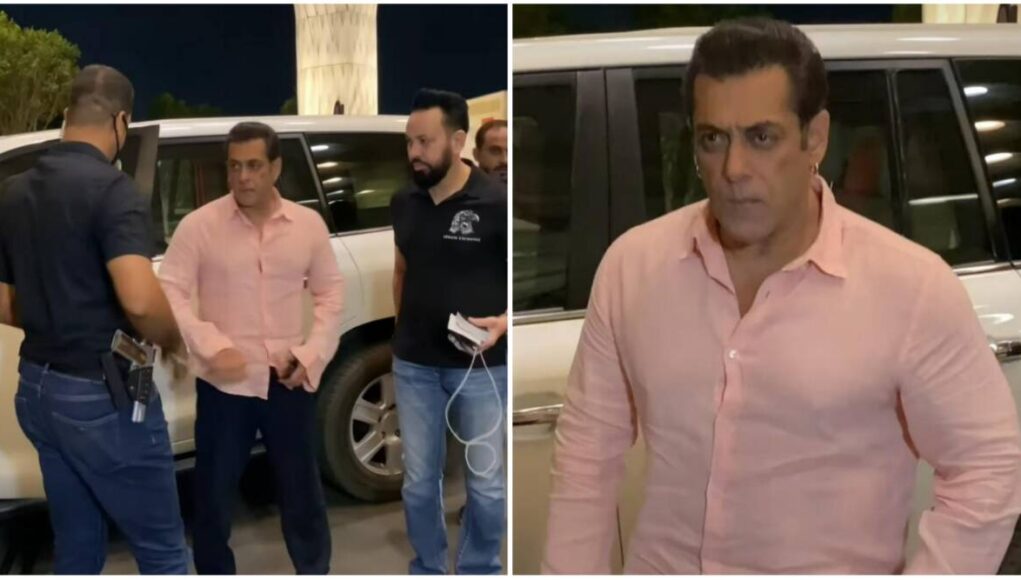 Bollywood star Salman Khan recently had a worrisome time owing to the death threats against him and his father Salim Khan. The actor has been threatened by the Lawrence Bishnoi gang and in the bargain, he applied for a firearm license for his protection. He has been seen traveling now in a Toyota Land Cruiser, which is known as one of the safest cars in the world and priced at Rs. 1.5 crores.

Salman Khan has been issued a weapon license after he requested the same due to impending threats. Those behind the gang murder of Sidhu Moosewala, who was killed in May, have been sending threat letters to the father and son. Salman has been on the radar ever since his alleged involvement in the blackbuck poaching case of 1998. Salman Khan was seen visiting his commissioner friend, Vivek Phansalkar, and as per his request, the police have increased his security.

Salman was seen at the Mumbai airport, with his bodyguard Shera. As per the reports, Salman’s Land Cruiser has a 4461-cc engine and a power of 262 bhp. The SUV is available in one variant and has proven bulletproof reliability. The thick border around the windows confirmed that the car was bulletproof. Salman looks quite dapper in a pink shirt and denim.

Salman Khan has recently shot for a special song in the upcoming film Godfather, which will have Chiranjeevi and Salman Khan perform together. The movie is directed by Mohan Raj and produced by Kondela Production Company and Super Good Films and is a thriller and political movie. It’s a remake of the Malayalam film Lucifer.