WhizBliz
Home Bollywood Tanishaa Mukerji considers the reasons for her failure to “make it” in... 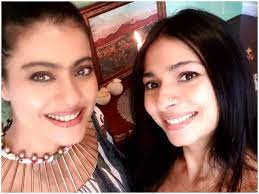 According to Tanishaa Mukerji, sister of actor Kajol, one needs a “strong sense of self” to succeed in the film business. She acknowledged that she might not have had that when she first started out in business and said that it might be the reason she didn’t succeed to the same extent as Tanuja, her sister and mother. She also noted how her mother and Kajol were frequently compared to one another.

When discussing the importance of mental health in the film business with Bollywood Hungama, Tanishaa remarked, “You have to have a strong sense of self. You must be confident in your own identity since it will manifest itself on television. Those with a strong sense of self are the ones who will succeed in life. I might not have succeeded because I lacked that.

Maybe I was more insecure, she said. She said that she now had a better idea of how to negotiate the film industry after years of studying other people’s graphs. People will tell you how you should be no matter what stage of life you are in or how successful you are, which may seriously damage your mental health. It’s crucial to have a supportive network of family and friends when entering the field and to project confidence when speaking in front of the camera.

Tanishaa also talked openly about the intense criticism someone who comes from a film family faces in the profession. “Some people have it relatively easy, while others struggle to get a job. I believe it to be subjective, and this business is all about making money. You’re not going to succeed if you’re not bringing in the big sums.

Among the movies in which Tanishaa Mukerji has appeared are Neal N Nikki, Tango Charlie, Sarkar, and Sarkar Raj.