WhizBliz
Home Hollywood What the Future May Bring in “The Flash”? 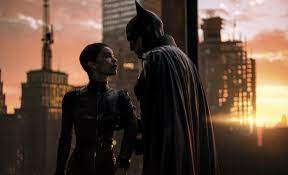 As of right now, it doesn’t appear like Warner Bros. will be able to launch the big franchise they had planned. The debate surrounding Ezra Miller, who plays the title character, has been louder and louder over the past year.

The solo Flash film has been in development for a long time. When The Flash eventually began production, the superhero movie quickly rose to the top of the list of most eagerly awaited films, and the future of the DC Extended Universe appeared bright. Fans are now unsure as to whether the film will ever be released in theatres.

Although The Flash is still in post-production, it has been mentioned several times as a result of Ezra’s troubles and arrests. According to USA Today, Ezra was detained in March 2022 for disorderly behavior and harassment in Hawaii. He self-identifies as non-binary and utilizes they/them pronouns. A restraining order was issued against Ezra two days later by a couple who were sharing a hostel room with the actor. Ezra allegedly intimidated the couple and took their money and passport. In April, the restraining order was lifted.

Ezra was detained once more in April 2022 on suspicion of assault when it was claimed that he had thrown a chair at a woman. The actor was given a $500 fine after entering a no contest plea to disruptive behavior. Prosecutors dismissed the harassment allegation and a separate traffic charge as part of a plea agreement.

A couple requested a protection order in June 2022 on behalf of their son Tokata “Gibson” Iron Eyes. According to the parents’ court records, “Ezra employs aggression, intimidation, the threat of violence, terror, psychosis, delusions, and narcotics to keep power over a young teenage Tokata.” Tokata has been indoctrinated by Ezra. Tokata has been denied access to a phone, and Ezra Miller has handed one of his employees her bank card.

Gibson responded to their parents’ accusations against Ezra by posting a message on Instagram. Gibson stated on Instagram that her father’s accusations “carry no weight, are transphobic, and founded on the idea that I am somehow incapable of cogent thought or opposing viewpoints to those of my own people concerned for my well-being.” “I now understand the extent of the emotional and psychological abuse I was subjected to while living at my parent’s house.”