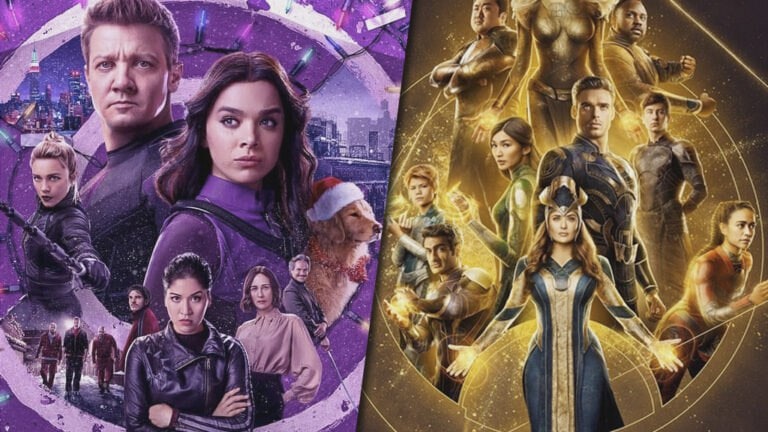 Marvel Studios has collected another award. The Ruderman Family Foundation, which fights for the full inclusion of persons with disabilities in society, has awarded Eternals by Chloe Zhao and Hawkeye by Disney+ with the Seal of Authentic Representation. The Seal of Approval is given to films and television series that have at least five lines of speech and incorporate disabled performers.

Makkari (Lauren Ridloff) and Echo (Alaqua Cox) of the Eternals and Hawkeye, respectively, are both superpowered people with impairments.

“Makkari is a woman with a lot of heart and insight. She is powerful, charming, secretive, and cunning. We are so fortunate to have discovered Lauren Ridloff, who is our very own Makkari!” In a statement, Zhao stated. “She has brought this character to life with love and passion, and in the process, she has taught us so much.”

Both Ridloff and Cox are deaf, with the latter also being an amputee who wears a prosthetic limb.

“Not only was [Ridloff] overqualified to join an already stellar group, but she also enhanced it with her own character, abilities, and charisma.” “It’s been a joy getting to know her throughout the process and witnessing what a true hero she has become to so many,” said Sarah Finn, the Marvel Cinematic Universe’s casting director. “Alaqua Cox’s character, Maya Lopez/Echo, is based on an existing Marvel character who is deaf and Native American,” she explained of Cox. We wanted to embrace and promote both Deaf and Native American traditions while casting the part. Alaqua Cox’s performance had us completely enthralled. She’s incredible, and she’s part of a new era in cinema and television, when true representation is not just important, but critical to the kind of stories we want to tell and how we construct them.”